In January 2020 I decided to try my hand at a proper Rally Race. A few weeks later, RideRX.ca was born, and with number of my closest supporters on-board to support the project I was registered for “The Happiest Race on Earth“.

An incredible pile of money was spent on getting my 2017 Beta 480RRs ‘rally ready’. Rob Lang at Lang’s Off-road did a mechanical overhaul, making sure the bike was ready for 1000 race miles (1400Kms) in sand and dust of Baja. Rally Tank, nicknamed Valdez, was added for the needed fuel mileage. Mark at Clean Screen Auto Glass and Upholstery re-covered the stock seat with softer foam to make the bike more comfortable. Other untold amounts of parts, upgrades and accessories were fitted to make the bike more suitable for the 5-day adventure. T-shirts were printed and the bike was READY!

Then, not without (ignored) notices, COVID-19 pandemic grinded everything to a halt. The race (and most of regular life events) got cancelled, eventually postponed to 2021, then 2022. NORRA Mexican 1000 was over before it started…

Now, Let’s fast-forward to 2022. In January NORRA, the organizing body of the Mexican 500 and Mexican 1000 event announced that the event was on AND instead of plain GPS-guided format it was switching to Roadbook Navigation Rally, just like my revered Dakar Rally.

What is Roadbook Navigation? if you are not familiar with the term, the best way to describe it it as “orienteering while racing full-speed the bike in the desert”. Take a +200mile Google Navigation route, throw away the MAP/Live Position screen and use only the “Step by Step Directions” to get to your destination… or and remember that off-road street names are replaced by ambiguous landmarks like “River Bed” and “Rutted Trail” or “turn left at the large sand dune”. If you are lucky, you will get a CAP (compass) heading in degrees to verify you are going the correct way. I’ll try to spend more time describing roadbooks and roadbook navigation in a separate post, but Below is an example of a typical roadbook and how it is mounted on the bike.

Ensuing 3 months were punctuated by frantic re-purpose of my 2020 Beta 390 into a rally bike, learning nuances of Roadbook Navigation and dynamics of re-building a 2-year old team that was going to complete this event. With work, travel and life resuming all at the same time, I can barely remember the time as it flew by, but with the help of my teammates, Alon Gat (formerly of TrippleClamp), Rob, Craig, Junior and Kevin at Lang’s Off-road, Matt at Rally Moto Shop, and Beta Canada.

So, here I am, on the morning of April 29th, in a San Diego Motel, about to cross the border at San Ysirdo into Tijuana en-route to Ensenada… Journey begins 2.0

I’m hoping to keep to this blog going throughout the race and are my 2022 Mexican 1000 Rally Experience with you! 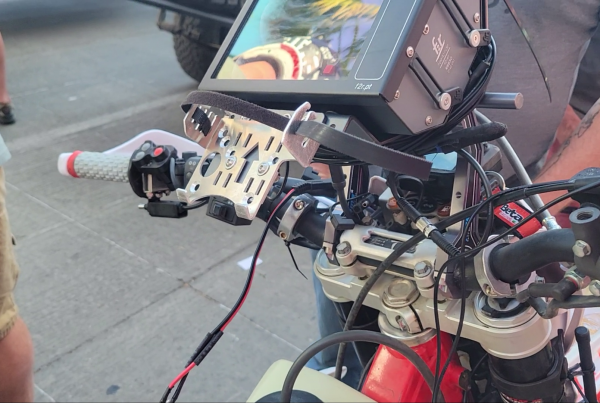 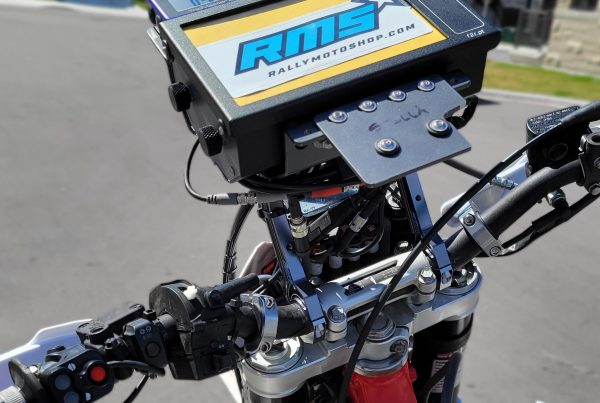